Portmeirion Chemist Prints is one of the first patterns that Susan Williams-Ellis introduced after buying the old Kirkhams and A. E. Gray potteries in 1960.  Soon after she bought Kirkham pottery, she produced a new pattern called Medicine Prints based on old copper engravings found in Kirkham's attic.  Shortly after, Medicine Prints turned into Portmeirion Chemist Prints and was sold throughout the 1960s.  Chemist Prints are found on many different shapes and transfers are found in both color and black and white.  Manufacturing ceased in the late 1960s or early 1970s. 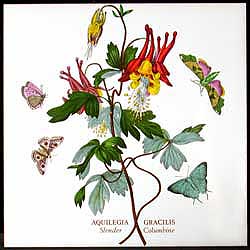